And now for something different, because this blog isn’t just for bragging about our travel.

We don’t travel a lot, anyway. We are busy people and most of our money goes back into the shop (or to finance kids in college). I’ve only been on an airplane once (twice, counting the return trip). I’ve only been out of the country for a few hours, during a brief sightseeing afternoon in Niagara Falls’ Canadian side (It’s much nicer, by the way).

So, if I decided to take a trip on an airplane, I’d be nervous. Flying scares a lot of people, but also I’d be afraid of the whole process of checking bags, checking myself in, going through security, boarding. When we took our one trip by plane, I had no idea they passed out cookies and drinks and earbuds for a two-hour flight. I still don’t know how to check and pick up suitcases because the Disney people did it all.
Some people are fearless — others shy away from new experiences, and sometimes this is because they don’t want to look ignorant.

When I do something new, I’m worried about missing things that are “common knowledge” to everyone else who does it. This is especially true because I tend to teach myself things instead of taking a course or lessons. I read books. I look online for tips. I learn by doing.

And yes, sometimes I ask “dumb questions.” But that means I get smart answers. And most of the time, the people I’m asking don’t mind; in fact, it reminds them of their own introduction to the subject. Everybody has to start somewhere.

I would hope nobody ever lets that fear keep them from coming into an antique shop. (Here’s the bridge leading back to the blog topic.)

I’ve had people come in here, of all ages, who know next to nothing about antiques and vintage items. They ask “dumb questions.” Sometimes I make fun of them. (Kidding – only if they’re rude).

I’ve spoken with people in other places who won’t come into an antique shop and would prefer not to talk about it. OK, not everyone is interested, and that’s fine, but sometimes there are other reasons, like these:


But there are reasons that are much worse: 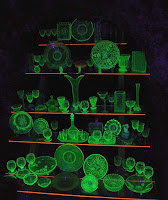 Well, I didn’t always know these things either. When I was learning, I worried that everyone else knew these “common knowledge” things and was secretly rolling their eyes at my ignorance.

Don’t let that stop you. Antiques dealers are usually thrilled to share their knowledge with you. After all, it’s their chance to show off how smart they are. And who doesn’t love that?

Also, a revelation: Sometimes we don’t know the answer either. That’s OK too.

Here’s what makes a person smart: It’s not knowledge, but the pursuit of knowledge.

Remember that, next time you need to ask a “dumb question.” 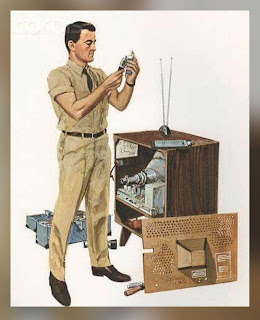 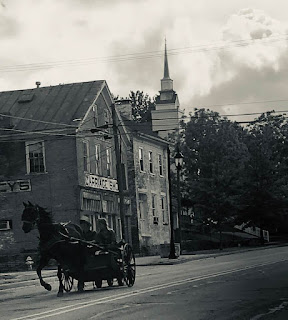 Have you ever said, "I was born in the wrong era"? I've said it myself. I don't know if I really mean it, though. True, today's world has a lot of problems, but we tend to romanticize times past. In the "good old days," women were (even more) objectified, women and minorities had (even less) equal rights, and depending on the era, you were (even more) likely to die from an illness that can be treated now with antibiotics or an outpatient procedure. Yeah, no thanks. People will look at the price of something — gasoline, say — and talk about how much cheaper it used to be. "I can remember when a candy bar was only a quarter." Yeah, me too, but I got paid $3.35 an hour. When our grandparents bought their house for $12,000 and a car for $1,300, their paychecks were about $60 a week. I know. I've seen my mom's old pay stubs from 1960. Still, romanticizing the past can be a lot of fun. From our modern perspective, we can enjoy the pleas
Read more
Visit us at
Lamplight Antiques
located in Springboro, OH
and on Facebook